Ok. For all those faithful followers, those who keep checking back for more updates, or what have you...I am moving my blog to my website.

This one will still be accessible, the feed can be found on my website.

Please link over to www.robinzvaneck.com to keep up with me.

Short Stories. Why? Why? Why? 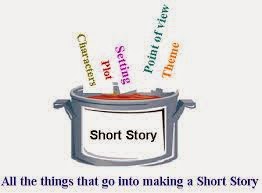 Why do we write short stories? It seems like a crapshoot when the only ones who really read them are other writers. Right? Ask the average reader (who has no interest in writing) and they don't give a lick about the short story. They want novels. Something they can really sink their teeth into and will keep them engaged for hours, sometimes days.

Yet, we writers continue to dabble away at the short stories. Why? Why? Why?

Then there's other writers who want to write a novel. But they've started and stopped more times than they can count because it's so darned daunting. Plot turns and twists, interesting characters, that have to carry over 300 pages. Ugh. Even thinking about it sends me into a sweat.

These writers are writing short stories for some of the same reasons as those who love the form. Practice. Developing characters. Developing plot. And the joy of actually finishing something. Novelists are also told that if they want to publish a novel, through a publisher or getting an agent to do the work for you, you need to have established credibility as a writer. Write and publish short stories. Submit. Submit. Submit. Learn to handle rejection because it's inevitable.

I would urge any writer with the hopes of writing a novel, to first practice the short story form. Find your own writer's voice, feel that sense of accomplishment when you do the final edit of a story. Find a market. Get rejected a few times. Get the story published. All the while working on more short stories. Never stop writing. That's the key isn't it?

That doesn't mean don't work on the novel, too.

I'm writing a novel. I also write short stories. Sometimes the novel is overwhelming and you need something to fall back on when you just can't deal with your novel characters anymore or you get stuck on a plot point. If I didn't write short stories as well, I would likely stop writing and maybe or maybe not get back to the novel. As in any big task, you sometimes need to step away for a moment to try and regain perspective. Turning to other forms of writing is a great way to do that.

Like stopping to catch your breath during a long hike. Or stopping for lunch or a drink of water.

On a side note...I heard a couple of great pieces of advice last night.

I'm not sure if I totally agree with the second point. To have someone looking at your work frequently to keep you on the right track because there's nothing worse than spending a ton of time on a particular scene to make it great and then find that it doesn't even need to be there. While I do think this is great advice, I think it pertains only to later drafts. The first draft is yours and yours alone as you're working through the story and trying to figure it out. But later drafts, absolutely, showing it to people frequently is beneficial.

Writing is not as solitary as many are led to believe. 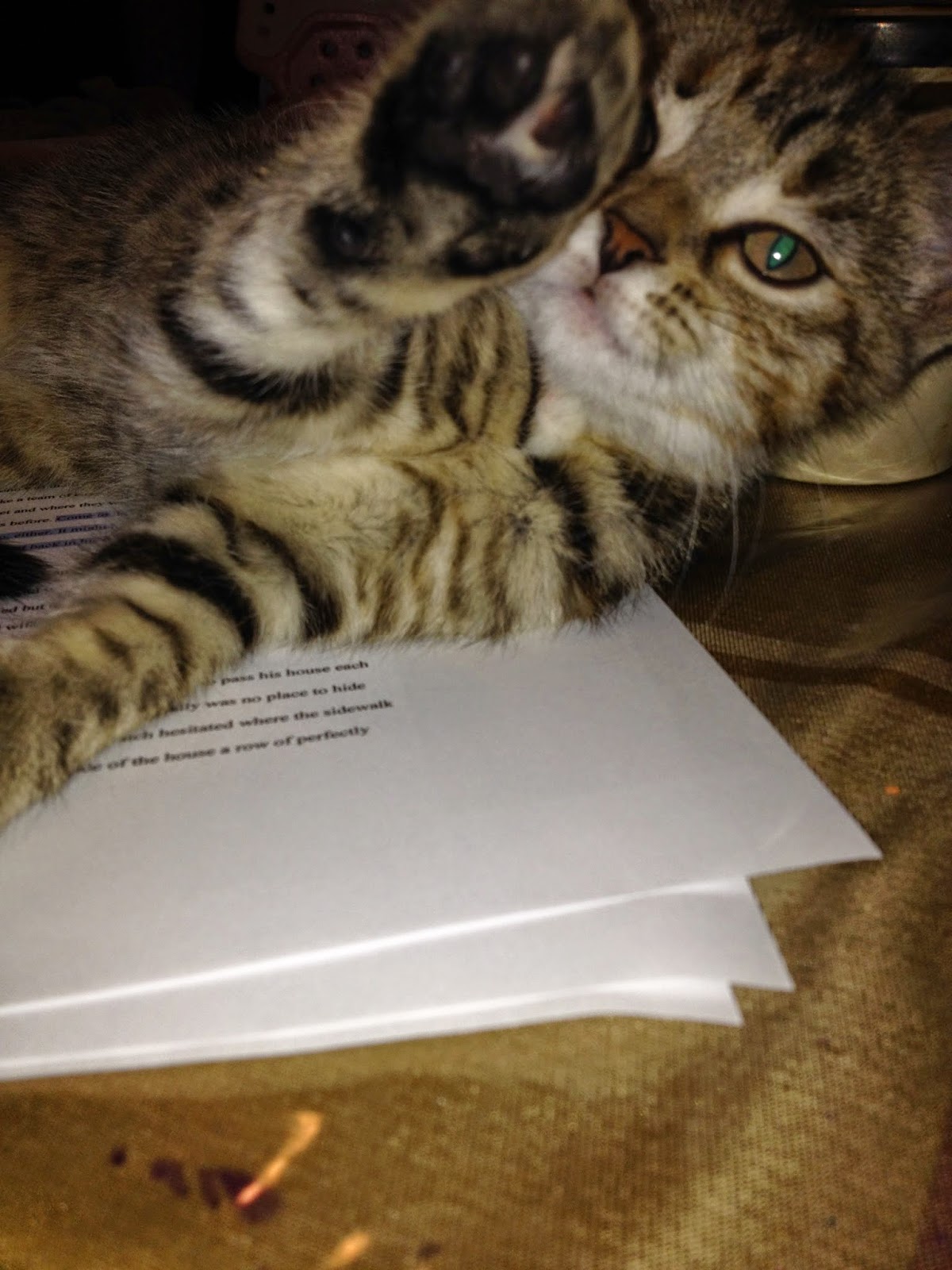 This past Saturday there was a write-in and I wrote. 12 hours of bleary-eyed writers, writing and editing and jabbering about writing when the fingers didn't want to work anymore. And there was food. That glorious nourishment some writers forget to do, because..well...they're writing. It rained that day. The first real rain of spring in Calgary. Couldn't have asked for a better day to be buried inside, lost in the words of our respective stories.

In that 12 hours, I wrote a little over 2600 words. Finished a scene in the novel that I really wanted to get through. I did it. Yay, me. Though compared to others who wrote, I came in somewhere in the middle as far as word count was concerned. Some of those writers have lightening fast fingers and pumped out more than 10,000 words.

Holy crap! That's about all I could say.

Wait a sec, let's go back a touch. I started this particular novel in February. Somewhere in the middle of the month, maybe. I can't quite be certain of the exact date. I committed to writing about 1000 words a day. Some days were better than others. So in almost two months, I can comfortably say I'm almost half-way through the first draft. As of today!

Half-way. It's hard to comprehend. And then there's this thing...this subconscious part of me that suddenly stalls right around this point. Maybe that's why I'm writing this. Because I want to make sure I am aware that I know what I typically do in an attempt to do something completely atypical of me. It's like saying, "hey you, I see you and I know who you are, so snap out of it and stop feeling sorry for yourself and just write the damned thing."

I want to believe it will be different this time. I have to learn not to be too hard on myself too. If I go a day and don't write, so what? If I write only one sentence, so what? If I take a break and read a book, so what?

I think about whether I might lose interest in my character, have the energy leak from the story until it goes stagnant. These are my worries. And I'm maybe not alone and I'm maybe just spouting bullshit and I should just keep writing. Keep going. Don't worry. Write and let the rest sort itself out.

Posted by Unknown at 8:24 AM No comments: